Simon Amstell has been one of my favourite comedians ever since I first saw him at the Edinburgh Fringe Festival, in a tiny venue. He was SO rude and naughty and outrageous, and I loved him. I remember he told a particularly daring joke about the Minogue sisters that made me properly gasp out loud, before giggling.

Then came Never Mind the Buzzcocks, in which he nearly always got the balance right between being incredibly funny and poking fun at people, but not being out-and-out unpleasant (although it was a bit mean when he read Chantelle’s autobiography out loud and made Preston walk out, imo).

Then came Grandma’s House, which flew under the radar for some people but was an absolutely brilliant portrait of an insecure man; of family; of relationships.

So when he released a film called Carnage earlier this year, I didn’t hesitate to watch it. I lasted seven minutes before turning it off, and now I’m a sort-of vegetarian, and it’s all Simon Amstell’s fault. 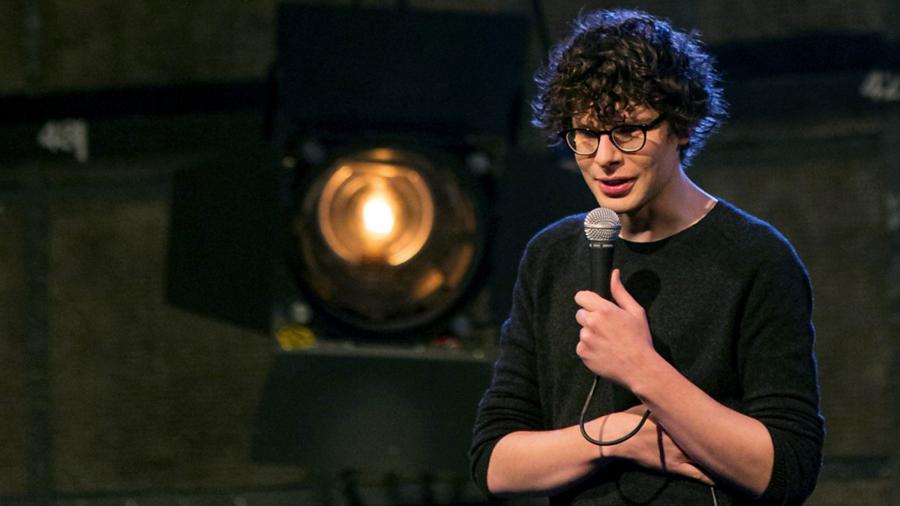 Carnage is a faux documentary set in 2067, in a world in which nobody eats animals any more, and nobody can believe that people ever did. It’s such a simple premise, but when you actually sit down and wonder why we still eat animals, with all the other food we have at our disposal, it sort of feels impossible to carry on.

It’s a comedy, but I couldn’t laugh. By the time Carnage got to a scene with lots of happy, unknowing pigs being led to their death while the voiceover talked about the sheer ridiculousness of killing them but in a kind of, ‘That generation didn’t know any better’ sort of way (echoing the way we now talk about your grandad’s slightly racist language; or young men going off to the First World War without really knowing why they were doing it), I felt a bit sick and turned it off. And I haven’t eaten pork since. Or beef. Or lamb. (caveat: I have eaten the odd bit of chicken, when the veggie option has been really awful. And I haven’t gone vegan or given up cheese, obviously. I’m not a bloody SAINT).

It’s been a few months now and I have struggled with my weight since giving it up (veggie options are so often pastry or potato or cheese-heavy); and I have been kind of tired (I don’t think I’m getting enough iron; need to whack up the kale intake). But other than that, it hasn’t been that difficult, and it hasn’t made that much of a difference to my life. I’m not even saying I’ll never ever eat meat again - maybe I will, if there is a really special meaty dish at a special restaurant on a special occasion that I’d like to try. But at least I’m not eating it out of habit, all the time, unthinkingly, which I’m pleased about. And thank GOD for Pret A Manger, which does the best veggie sandwiches ever.

So, there you go. Who knew that comedy could be so powerful, eh? Well, I guess I did know that, actually. But I didn’t really expect Simon Amstell to be the one to lead me to such a big decision. Thank you, mister. Appreciate it.