SANDI Toksvig has a plan to make the world a nicer place, and it involves Post-It notes.

‘I’m thinking of sticking them around for people to find,’ she explains. ‘They’d say things like, ‘I love what you’re wearing today darling - you’re rocking it’. And the person will feel really good for the rest of the day. Social media, to me, has got out of hand. Why can’t we all be nice to each other?’ 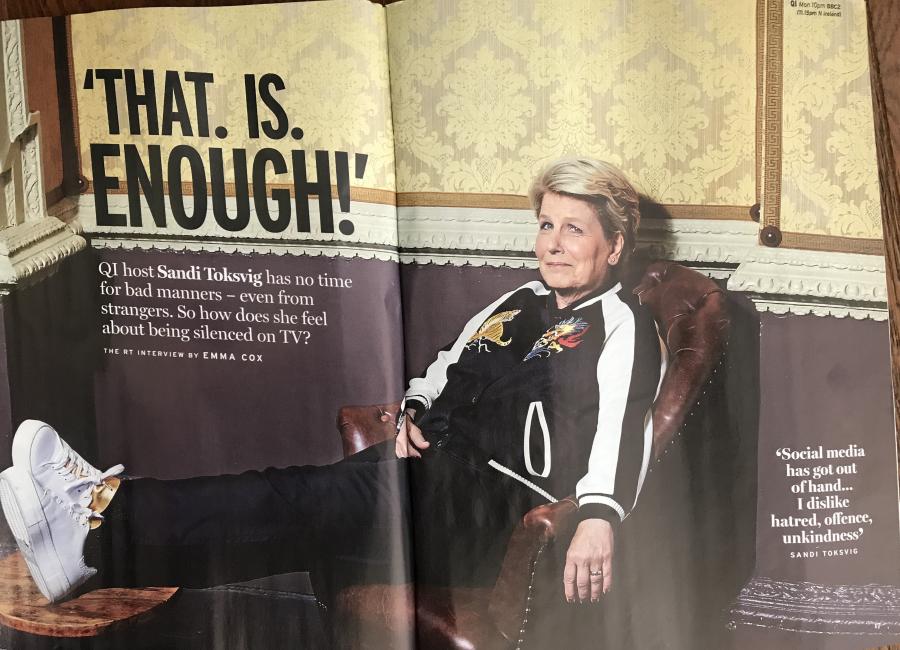 Being kind is a big deal to Sandi. A few days before our interview, she overheard three men on the London underground talking disparagingly about the women they’d just met so Sandi stood up, horrified, and shouted, ‘That. Is. Enough’ in her best school-ma’am voice.

‘And they apologised!’ she laughs. ‘My wife [Debbie] said to me, ‘What were you doing? They could have stabbed you’, but I just won’t stand for that sort of talk. I dislike hatred, offence, unkindness.’

In her 36-year career Sandi - born to a Danish dad and English mum - has been a constant presence on British television and radio, from the children’s show No73 to The News Quiz and, more recently, QI and The Great British Bake Off.

In that time she has become beloved: so much so, her upcoming theatre tour will be called the National Trevor Show after a mishearing amongst friends who were describing her - correctly - as a ‘national treasure’.

While doing some research ahead of our interview, I fail to find a single occasion when she was embroiled in any controversy of her own doing. There was, of course, the poaching of Bake Off by Channel 4 from BBC One and the fall-out when presenters Mel and Sue jumped ship in protest, to be replaced by Sandi and Noel Fielding. But Sandi herself has managed to shy away from causing any kind of furore, I argue.

‘Well,’ she says, looking uncomfortable. ‘I was asked about Kate Middleton once and it caused some controversy.  And that upset me hugely, because I wasn’t trying to be unkind to her in any way. I hope she would never, ever think so.’

She is referring to an interview five years ago in which she said Kate had no known opinions and was ‘very Jane Austen’: hardly a shocking or malicious statement. And if that’s the worst thing Sandi’s ever said - well. Are you really that nice, though, I ask? Don’t you ever lose your temper or say nasty things?

‘I get in a temper with inanimate objects,’ she giggles. ‘I can’t bear plastic. I do get in a complete rage with something that’s been shrink-wrapped.’

Being with Sandi, 69, is like being wrapped in the softest wool or bathed in the warmest water. No wonder people in the street always want to cuddle her (‘which is a bit annoying if you’re in the middle of buying a wet fish, but generally people are very nice’).

Sandi’s calming presence means not only is she adept at soothing the anxious Bake Off contestants, she also encourages her female panellists on QI to be smart and hilarious, a far cry from shows like Mock the Week which are widely criticised for being aggressively masculine.

‘I hope QI is a comfortable place for women’, Sandi says. ‘There are panel shows that struggle to get women on, and that’s because the women feel marginalised and stupid and in the edit are often seen just laughing at the boys and not saying anything at all even though I know for a fact in the recording they were clever.

‘I’m not shy at speaking up but even I, on those shows, am silenced. And I sit there and think, ‘I could have been at home eating Chinese. What am I doing sitting here?’. And that’s a shame.’

When Sandi came out as gay in 1994, possibly the first British woman in the public eye ever to do so, she received death threats and went into hiding with then-partner Peta Stewart and their three children.

‘That wasn’t fun at all,’ she says. ‘I was on kissing terms with the police hate crime squad who are lovely boys. That’s tailed off but you do have to be careful sometimes because people with complex views do have televisions. I’m trying to put it politely.’

At the time she was told by several people within the BBC that her career was over; she has also claimed that Angus Deayton was chosen over her to be host of Have I Got News For You because they preferred a male presenter.

Yet she is not bitter: instead, she wants to change the system. 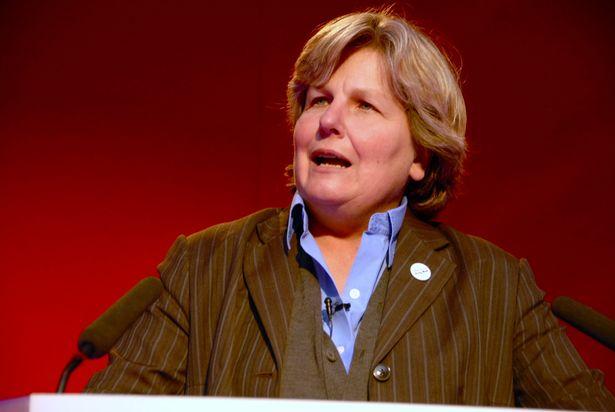 Three years ago Sandi co-founded the Women’s Equality Party, a non-partisan party which aims to look at areas including pay discrimination.

‘We’re making a noise,’ she says. ‘For the very first time, all the main parties are actually beginning to think about maybe having a policy about gender equality.

‘Although we had the Equal Pay Act, that doesn’t mean we don’t have pay discrimination. There were some pretty shocking figures around that: women are being paid 70 per cent less in bonuses, which is a way of getting around it. I know we had a go at the BBC, but ITN was shocking.

‘In Sweden everybody’s income tax returns are published. For some reason in this country we’re quite happy to have surveillance cameras everywhere, but we look at our pay packets in secret.

‘I’m tired of division. I’ve just been in the United States and it felt like there was violence in the air. It was horrible. And we’re in tricky times in this country and heading into very uncharted waters.

‘I think now would be a wonderful time to have a coalition government where we all go, ‘Okay, can we just take a break here and work out what is actually the best thing for this wonderful country? And also for Europe, which I love very much. How can we make this work?’. So, being part of a non-partisan party is one of the most thrilling things for me.’

Sandi has been asked many times if she would run for parliament and usually says ‘no’ but when I ask again, she shifts in her seat and smiles enigmatically.

‘My father was a member of the European Parliament, and I’ve just been asked to address the European Parliament on women’s issues. It’s one of the most exciting things that’s happened in a long time, and I said to my wife, ‘If Britain was still in Europe, I might stand as an MEP’. Obviously that’s not a thing. But you never know.’

Would she rule out standing as an MP in Britain?

‘I’m not going to say no to anything. I take it very seriously.’ 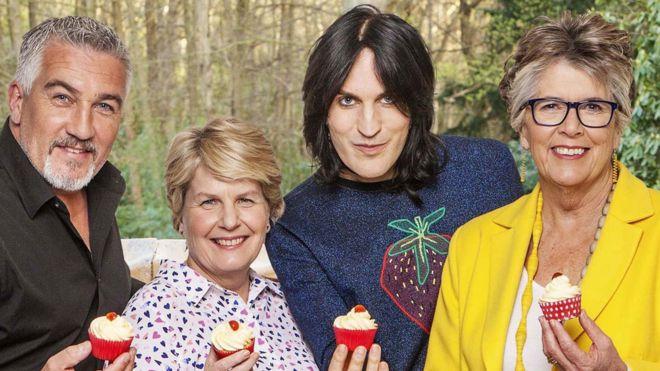 Much of Sandi’s passion for equality dates back to her childhood: born in Denmark, she travelled Africa, Europe and the US with her mother Julie and journalist father Claus.

By the age of four, Sandi was reading the New York Times and aged 11 she accompanied her father to Houston during the moon landing and held the hand of Neil Armstrong’s nervous secretary. When she moved to Britain aged 14, she had a strong American accent and was ignored by peers until she developed a British accent based on the film Brief Encounters.

‘I think feeling other when you are growing up does give you different views,’ she says. ‘I hope it’s made me a more tolerant and accepting person.’

She later went to Cambridge University and was in the Footlights with Stephen Fry, Emma Thompson, and Hugh Laurie, which makes her sound pretty posh.

‘I think the mistake we make is that we associate accent with class,’ she argues. ‘My accent is completely fake and yet people think I must have a butler. Which I totally would love! But I don’t. I’m a cultural mongrel.

‘Denmark is as class-less a society as you can manage which still has a monarchy. The Queen rides her bicycle through Copenhagen without any bodyguards. We got rid of the titles. I don’t want to knock Britain, but I would hope that no child would feel excluded by their origins.

‘When I speak in Danish I do find myself thinking in a slightly different way. It’s more socially inclusive. It’s one of the happiest countries in the world and I think that’s to do with every child having the same opportunity as any other, which informs my politics.

Given all we have talked about, there could scarcely be a more fitting show for Sandi than QI in which points are won by working out the questions more than knowing facts, and in which regular panellist Alan Davies can win as many points as a boffin.

‘I don’t like it when we rate intelligence by your ability to name the highest lake in the world,’ she says. ‘That’s what I love about QI. How could you be expected to know that picnics were originally held indoors, or that a slow loris has poisonous elbows? But our show is full of facts like that and it almost educates by accident.

‘There are many forms of intelligence. Somebody taught me to do boxing a few years ago and I realised how clever you need to be not to get punched in the face. And women’s intuition is another astonishing form of intelligence.

‘I love QI because education’s really fun, and the world is full of extraordinary things. I could take you for a walk right now and we would find something fascinating within ten yards, I promise you’

Frankly, if it weren’t for the PA who has just popped in to tell us our time is almost up, I’d be taking her up on that offer. Because time spent with Sandi is a lovely and empowering experience. As I leave her with a spring in my step, I’m reminded of that old Cup A Soup ad: ‘a hug in a mug’. And finally I think I understand the meaning of that Danish word: hygge.

QI is on BBC Two on Mondays at 10pm